The Apple Watch Series 6: Sp02 Tracking is still in its early stage. Apple’s new smartwatch features detection of the blood oxygen levels throughout day and night, but yet it can’t be used as a medical device. Unlike the ECG feature available already on the Apple Watch, which has been tried, operated on, and approved by the US Food and Drug Administration. 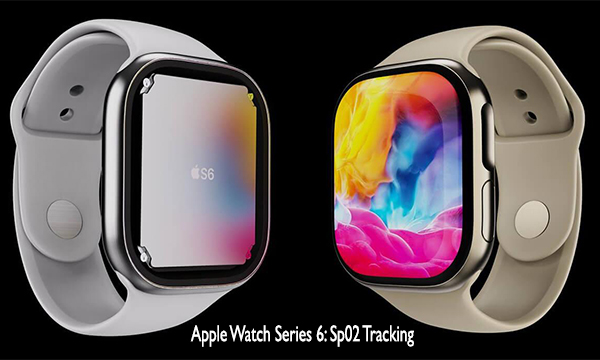 This feature along with the irregular heart rhythm notifications, SpO2 on the Apple Watch still seems to be in its early feature operation stages. Navigating and understanding details from this service offered on the Apply Watch can be frustrating for non-medical individuals.

Just like Samsung Galaxy Watch 3, which only does spot checks, the Apple Watch takes advantage of its background measurements record taken throughout the day and night. Users can tap on the Respiratory option on the dashboard to access all his/her measurements plotted on a graph that can be viewed daily, weekly, or monthly. Users can visit any medical professional to get the data and information interpreted.

Apple Watch Series 6 and 5 both have the same body and similar always-on display. But while the screen display on the Series 5 dims when not in use, the Series 6 almost looks like it’s still on (Always-on display). And this feature is especially helpful when the user is outdoors. According to Apple, it is 2.5 times brighter.

Apple Watch 6 also is the first Apple Watch to feature the traditional silver, space gray, and gold color. The aluminum watch version comes in blue color, while the stainless steel gets a new gold color.

Apple announced a new type of available silicone band with no clasps or buckles and it is called the Solo Loop. It is almost similar to the silicone sports band but comes without an overlapping part. The band feels stretchy (elastic) and slightly smooth when touched and felt.

This new band will require the user’s wrist measurement before purchasing it. It is also expensive for a band with a price of about $49 on its own. Which is the same price as the silicone sports bands.

The other key feature and upgrade to the Apple Watch Series 6 is its faster processor. Apple’s S6 chip is made with the latest A13 Bionic chip which is also found in the iPhone 11 and 11 Pro. The Watch is fast at loading apps, displaying messages, and showing stats in real-time. The Apple Watch Series 6 is also the only Apple Watch to include the featured Apple’s new U1 chip for ultrawideband support, which helps improves spatial awareness between users’ devices. The benefits of the new U1 chip available on the Apple Watch 6 may not be obvious right away but eventually will enable new features after an upgrade. This feature will include CarKey, which will allow its user to use their Apple Watch Series 6 as a key fob.

Not just the Apple Watch Series 6, other Apple Watch models will also access new fitness features with WatchOS 7 after the upgrade. And this feature will be including a dance tracking and core training service. But only the Apple Watch Series 6 and Apple Watch SE will include and access a new always-on altimeter that provides real-time elevation monitoring that users can use during any outdoor workout. You can ultimately research more on Google.

Recommended >>> How to Use Google Pay on your Android Devices