Currently, Apple is now serious About enforcing its new privacy rules for iOS apps. Apple has now begun to reject an update submission for apps that now make use of third-party tools in other to collect user data from iOS devices without some consent. 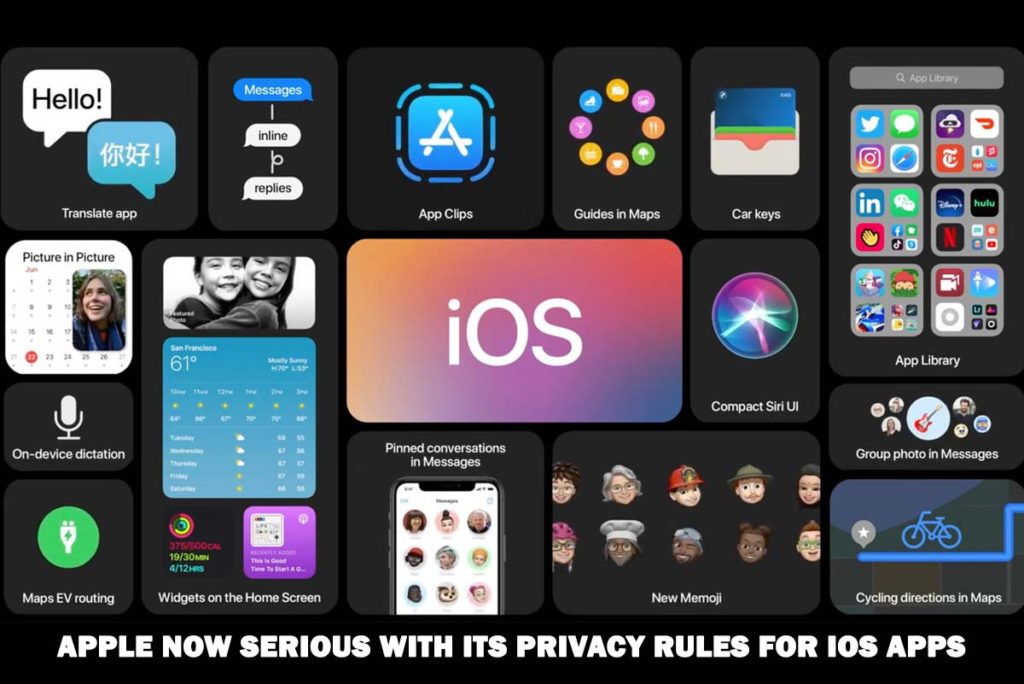 Industry experts now believe the rejections signals that begin the series of a strict privacy-protection policy, as Apple prepares to roll out its much-anticipated App tracking transparency feature. While there are no laws that prohibit tracking users, Apple wants to dissuade apps that do, especially those that track without users’ consent.

Until a few weeks ago, app developers could roll in software development kits (SDKs) to help them track all their users by capturing some attributes from devices, which includes the device model, IP address, and more.

iOS apps have now collected this data in other to sell the advertisements. This behavior is what apple has spoken against for some time now, and the recent rejections suggest that it would start taking action.

Several developers have taken to Twitter yesterday to share that their apps have been rejected by Apple. Initially, some suspected it to be a prank (since the rejections were first reported on April 1), it has soon emerged that the company was turning down any apps that used the Adjust SDK.

Your Apps now uses algorithmically converted device and usage data in other to create a unique identifier in order to track the user, “reads Apple’s app rejections message.

This open-source has now adjusted the SDK that uses over 50,000 apps. This is not the only SDK of its kind but is reportedly one of the most popular and it exists inside 18% of the apps that are available in the App Store.

In reaction to these rejections, adjust has now made an update to its SDK and reportedly removed code that has accessed data just similar to the CPU type, available memory, battery level, charging state, and several other attributes. It remains to be recognized if the apps is making use of the updated adjust SDK that would pass the Apple review process.