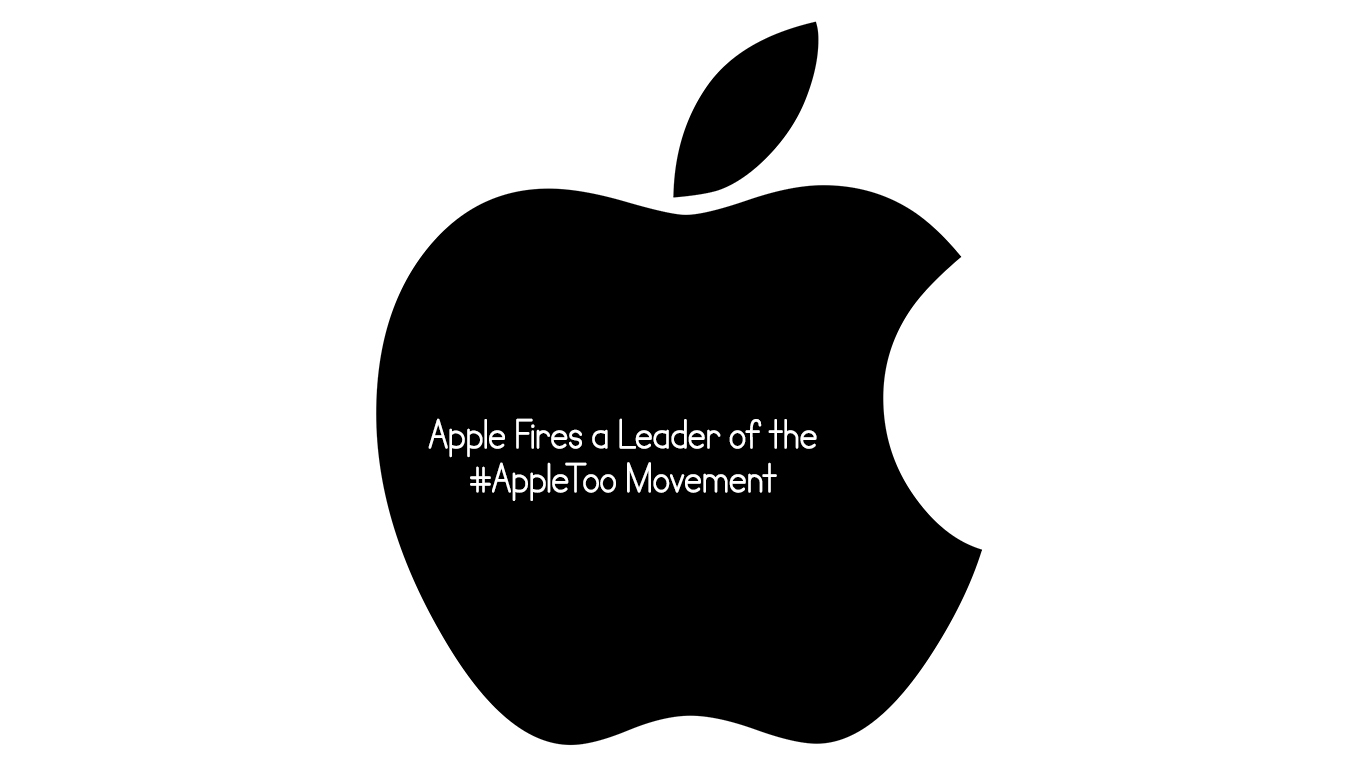 Parrish, a program manager on Apple Maps, was terminated for deleting files off of her work devices during an internal investigation an action Apple categorized as “non-compliance,” according to people familiar with the situation. The files included apps like Robinhood, Pokémon GO, and Google Drive.

Internally, some employees expressed disbelief that Parrish’s firing could be anything other than retaliation for organizing.

Apple Fires a Leader of the #AppleToo Movement

It’s the second time in recent months that an employee has been terminated after speaking out about Apple’s company culture.

In September, the tech giant fired Ashley Gjøvik for allegedly leaking confidential information. Gjøvik has filed multiple charges with the NLRB related to how Apple treated her and the broader workforce.

Gjøvik’s latest charge alleges that Tim Cook’s anti-leaking memo might violate US labor law. In September, the CEO sent a note to all Apple employees saying that “people who leak confidential information do not belong” at Apple. He also said the company was doing “everything in our power to identify those who leaked.”

Apple’s recent actions seem designed to chill worker organizing. In August, employees launched the #AppleToo website to allow workers across the company including AppleCare and retail to submit stories about workplace harassment and discrimination. Parrish and Cher Scarlett, an Apple software engineer, then began sharing these stories on Medium.

Parrish declined to comment on this story. Her attorney, Vincent P. White of White, Hilferty, and Albanese, tells The Verge: “We can confirm she is no longer with Apple but cannot speak further to address the situation at this time.”

Scarlett is currently on paid medical leave due to internal harassment she’s received while advocating for remote work and pay transparency.