Apple Fighting Russian over Demands on Alternative App Payments. Apple is said to be challenging the antitrust action that was taken by Russia’s Federal Antimonopoly Service (FAS), which wants iOS developers to be able to tell its customers about alternatives to Apple’s in-app payment option, Reuters reports. 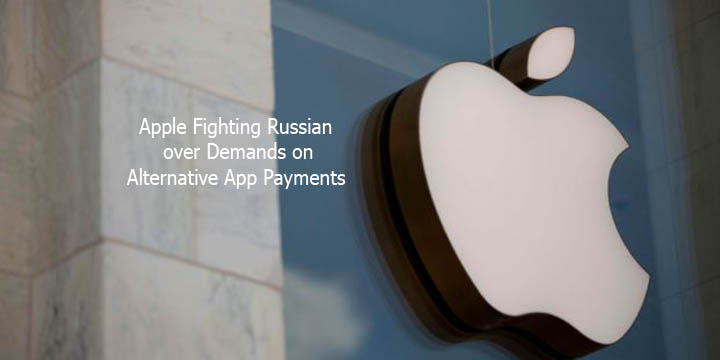 Apple wants a judicial review of the regulator’s warning, Russia Today notes which were originally issued with a deadline of September 30th for the US tech giant to change its anti-steering policies.

When Apple did not comply, this FAS announced it was opening an antitrust case against the company at the end of October.

The US tech giant’s policies on in-app payments are contentious, to say the very least. Apple requires iOS developers to use its own in-app payment system, which in many cases allows it to collect up to a lucrative 30 percent commission on any purchases.

Not only does Apple ban developers from allowing third-party payment methods in their apps, it even limits their ability to tell customers when they accept alternative payment methods elsewhere.

It is this policy that FAS is specifically objecting to. In an announcement at the end of October, the regulator said Apple was “abusing its dominant position on the market for the distribution of apps.

And this is done through its App Store” by not allowing developers to tell “in-app users about the possibility [of paying] for their purchases outside the App Store.” Apple did not immediately respond to a request for comment.

In August, in response to a class-action lawsuit, Apple said it was “clarifying” its policies about developers telling customers about alternative payment methods.

It said that developers could use communications like emails to share information with customers about alternative payment methods. However, it stopped short of letting developers do this inside apps themselves.

Apple’s App Store policies are facing pushback around the world. In the US, the judge in Apple’s legal battle with Epic Games ordered the company to allow iOS apps to direct users to alternative payment options and gave the company a deadline of December 9th to comply.

Meanwhile, lawmakers in South Korea passed a bill in late August banning platform holders like Google and Apple from limiting developers to using their first-party payment systems. The European Commission has also issued antitrust charges over the practice.

Russia’s antitrust authority has already clashed with Apple this year, fining the tech giant $12 million over complaints it unfairly cracked down on third-party parental control apps. With its latest legal action, FAS is tapping into a far more contentious policy.

Below are some top apps for making alternative payments;

The above are some of the best apps for alternative payments.