Speaking on the topic “Apple Car History”, Apple Company has been working on a car for around six years now. This car is known as “apple car” but it is codenamed “Titan”.  It is an electric car that is presently undergoing research and development by Apple Inc. 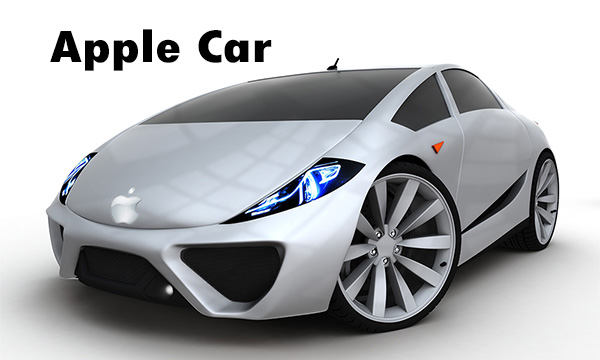 Apple has always tried to do their work in secret, but each time they attempt to enter a new industry, their plan gets leaked out.

It was some years back that the longtime computer, smartphone, and technology company reported that it was ready to build its own car. It has renewed its focus on building an actual vehicle, but there is a lot of uncertainty on when it will eventually happen.

Apple is also developing a new battery design that has the potential to reduce the cost of batteries and also reduce the vehicle’s range.

They are relying on a manufacturing partner to build vehicles, and they are also working with partners for car components, such as LiDAR sensors.

In 2014, apple began to work on a project named “Project Titan” with about 1,000 employees working on creating an electric vehicle at an unrevealed location that is close to Cupertino headquarters.

The car project which is codenamed “Project Titan” began when the CEO Tim Cook gave the order which was to start an “Apple Car”. It hired multiple employers in the areas of engineering and product design for its own self-driving car project.

People ask if apple is truly releasing a car. Well in 2020, it was learned that Apple is still working on a full car and has plans of releasing a vehicle in three to six years’ time.

Currently, Apple is working on an electric car project which it plans to launch a few years later. This car launch is expected to happen in 2023 to 2025.

Its top-secret project is said to be in the works at a hidden lab named “SG5” in Sunnyvale, Calif. Apple’s effort is known to be “Project Titan” and may one day yield an “Apple Car”.

Reuters said that Apple is aiming for 2024 to be the launching date of the car, which implies that we would be hearing about an apple car sooner.

But Apple analyst Ming-Chi Kuo believes that Apple would not launch a car until 2025 to 2027, due to pandemic-related delays.

Will The Apple Car Be Self-Driven?

It is presently said that the Company is working on different automotive projects that could definitely lead to a car. And “Project Titan” is the title under which this research falls under.

The term “Project Titan” is used to define different technologies and elements that fall into two broad categories which are self-driving vehicle systems and car design.

Self-driving is one of the features of the car. And one of the most prominent elements of the “Project Titan” scheme is its work on the self-driving vehicle system.

It is known that unlike the designs that are brought up in patent fillings and rumors, Apple has developed and tested a self-driving system. It has appeared in public filings with government regulators, also it has been spotted on public roads.

You can do more research on Google.