There are amazing games to play, but there are a few great Android Shooter Games. Competitive shooter games are fast becoming a sustainable industry trend for mobile gamers. 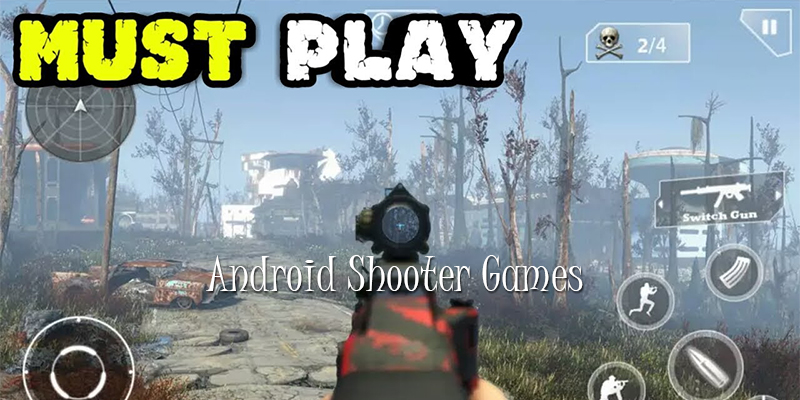 Both game development and smartphone hardware are reaching a point where phones can deliver a top-notch gaming experience.

If you are a mobile phone gamer, especially an Android user, then you should check out the best game for you. Read on this article to get the best Android Shooter Games available on the Play Store currently.

These Android Shooter Games from our list are both online and offline playing games. The majority of the best games on both the iOS App Store and Android Play Store are now online.

An online game requires a stable WIFI connection or a data connection to get the game going. Games like call of duty and PUBG are both considered as best Online Android Shooter Games.

Just like other console or PC online games, mobile games reward teams who can practice and train together. You can still get to the game just for fun. There are several mobile gaming competitions you can check out and join right away.

It might seem a difficult task to search for an Offline Shooter Game. Most released games are now online and require an internet connection to run.

Online Android Shooter Games refer to games that involved the shooting of opponents in an online battle. Some of these games are played by different users in different parts of the world.

Games like Call of Duty, PUBG is being played by millions of people around the world. So, you will have the chance of communication to other regional players while on the game.

There are a lot of features in such games, like the global chat service, the ability to talk while on the game, as well as listen to other gamers. You can join in a group battle or a one-on-one battle.

Here are some of the most played Online Android Shooter Games you can download and play:

This is one of the most popular selling game franchises of all time. CoD mobile packs several ways to get into the multiplayer action with friends or strangers.

The multiplayer match type is a 5-on-5 game and the parameters slightly differ based on the model you choose. Game types on CoD includes Team Deathmatch, Frontline, Domination, Search and Destroy, Blitz, Battle Royale, etc.

This is a free-to-play online battle royale shooter game. It puts you against about 99 other players. With an ever-growing list of maps and game modes, it is one of the best Online Android Shooter Games you can play.

If you are looking for a more competitive experience, you can join or custom-create a clan where you can team up or practice tour strategies.

This game is one of the best first-person shooter games for Android. It offers three game modes you can choose from; bomb defusing, team deathmatch, and gun game.

This game has a kind of Call of Duty Warfare vibe mixed with CounterStrike to create the best scenario that offers great graphics and controls.

This game offers a pure online FPS experience mixed with features and game modes. As you keep on leveling up, you will unlock all seven-game modes which include free for all, team deathmatch, seek and destroy and a hardcore mode.

Matches are 4v4 deathmatches that turn up in vibrant and colorful maps. It allows a combination of rush assaults, close-quarters combat, and long-range sniping.

One of Guns of Boom’s biggest strengths is how easy it is to fill up the app and jump right into the game. Alternatively, you can spend time within the menus connecting with friends or organizing with a clan.

Here are other Online Android Shooter Games to try out:

And many more. More research can be done on Google.