Android Apps on Windows 11. After tons of Speculation and rumors all this year, the windows 11 operating system is now officially announced by Microsoft. The next refreshing OS is coming to machines this holiday season. A major part of the windows 11 ecosystem is going to have the presence of all the supported Android apps, which comes as very interesting news for users. 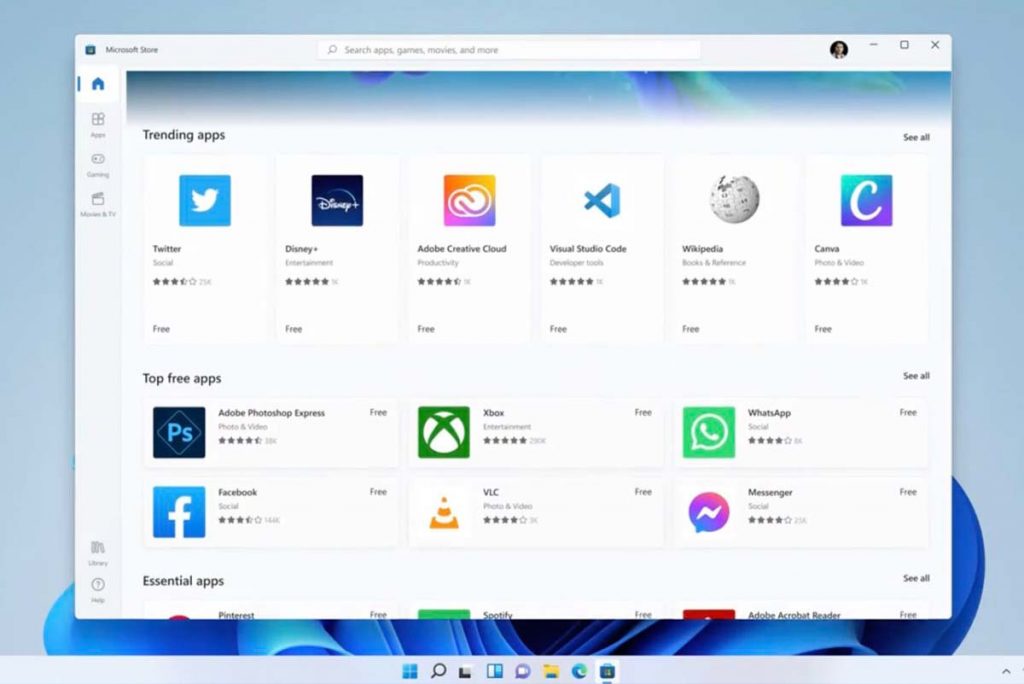 Yes, the Android Apps would be made available on the start menu bar. They would have their own dedicated icons that are on the taskbar and launch with desktop shortcuts too. Panos Panay, Chief Product Officer at Microsoft stated that the android Apps would be installable without much hassle from the OS interface. Users would also be able to enjoy their frequently used apps that are right on the windows 11 environment.

Later in the year, when the operating system would be launched officially be available for you to purchase or upgrade, from compatible windows 10 systems, the upcoming era of Microsoft’s long-lasting legacy would be marked.

This move would further benefit the users as well as developers ever since the former would not have for you to rely on the web version of the application while the latter would be in possession of the liberty for you to skip developing the app that is dedicated for the windows version alone.

As a Microsoft user, you would have the freedom to multitask. You would multitask on windows applications like word while you are having apps like Kindle, Ring, Instagram, or TikTok open in a different window. This new windows apps is on the screen real estate Total bliss for everyone that is multitasking to have their apps organized visually to their preference.

For Those that are making use of a tablet or dual-screen gadget loaded with the next OS version, this would further boost multitasking in interesting ways. Possessing a seamless ecosystem of all that you want on your tablet or laptop would be going to change the windows dynamics in the years to come.