Android 12 Attains Platform Stability with Beta 4. Currently, the Android 12 Beta 4 was released. It was launched along with Platform stability in full effect. This update happens to be one of the most important parts of the series right before the final launch of Android 12 for the public. Just like it’s been in the past with other versions of Android, “Platform Stability” means that app-facing behaviors and all Android 12 APIs getting finalized. 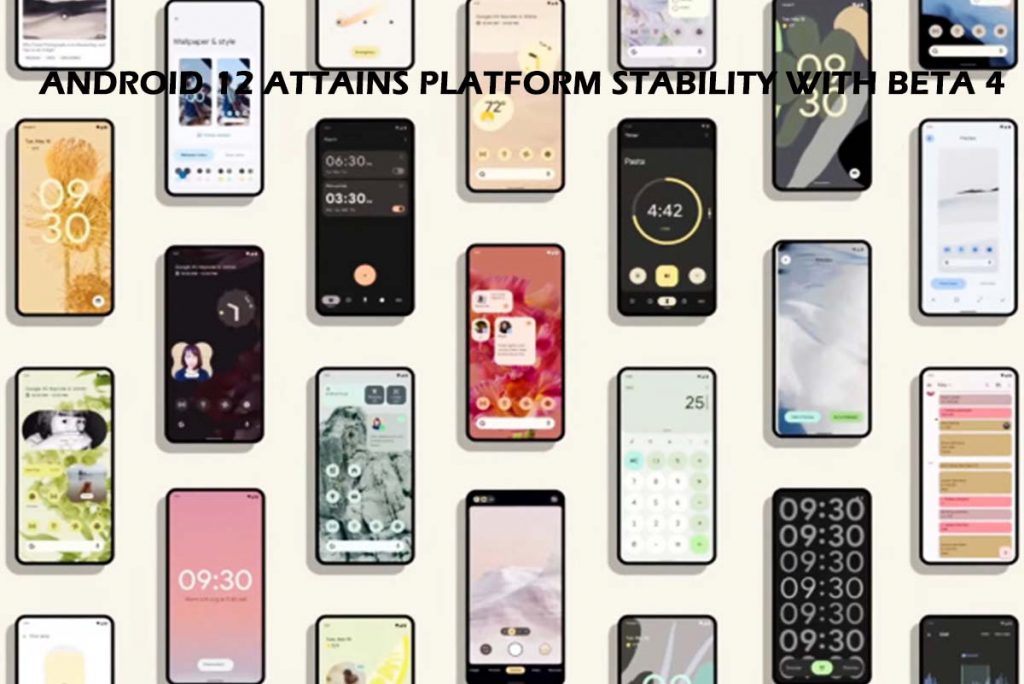 Along with this release, developers would get the chance to see how their device functions right on Android 12 along with the final assurance that would be compatible with the final release of Said OS. Apps would be required to be tuned right into all App behavior changes along with privacy Dashboard, Microphone and camera indicators and toggles, stretch overscroll (instead of the previously in-effect “glow” overscroll effect), clipboard read notifications, and app splash screens.

The best immediately apparent feature that was added with Android 12 is the presence of notifications and indicators for the users whenever any app is exhibiting a particular behavior. A “toast” notification seems to appear when an app reads right through the user’s clipboard unexpectedly.

Microphone and camera indicators are expected to appear whenever either the microphone or camera that is on the device gets activated. If the users choose not to use the camera or the microphone, they can find toggles right in quick settings to deactivate said hardware for all the apps at the same time.

The Android 12 Privacy Dashboard would allow the users to have access to “which apps are accessing which type of data and when.” Via this interesting new dashboard (located in Settings), users would be able to adjust the permission just as they appear. Users also are able to “request details” from any app that seeks to access permission for any part of their smartphone.

It seems very likely that just a matter of weeks right before Android 12 is set for release to Google Pixel smartphones as well as the first wave of non-Google-made Android devices. If you do happen to own a Google Pixel device at the moment, you get to take a peek at the Android 12 Beta 4 immediately via the Beta enrollment program.

Head Right over to the Android Beta Program release page and sign up for the program. The Google Pixel 3 and much newer Pixel devices would be able to work with Android 12.  brands device that would be ready to roll with the Android 12 Beta program includes Specific models coming from ASUS, Oppo, OnePlus, Tecno, Realme, Sharp, TCL, Vivo, Xiaomi, and ZTE.