Amazon’s AWS Logs Third Outage This Month, Affecting So Many. Amazon’s crucial web services business AWS is having problems today due to a power outage, which has affected services like Slack, Imgur, and even the Epic Games store for some users. 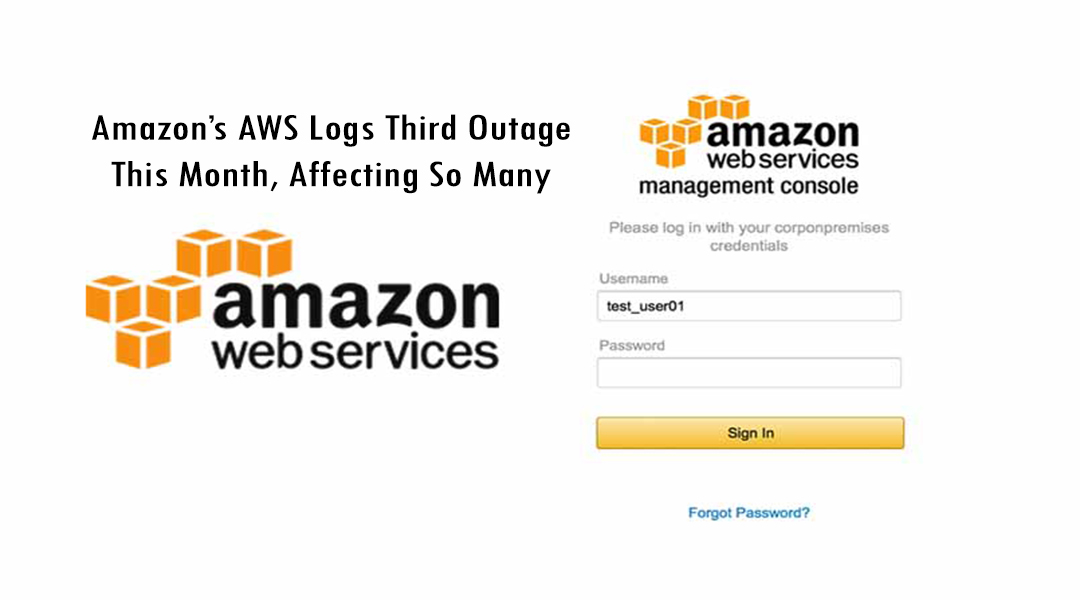 It does not look too good if you are working from home, with some Slack users that are unable to view or upload images and work management tool Asana also hit by the outages.

According to The verge, the official AWS service health dashboard blamed these issues on power outages in a single data center that affects one Availability Zone (USE1-AZ4) within the US-EAST-1 Region.

At 9:13 AM ET, Amazon said it had brought back the power to the affected servers, and by 12:28 PM ET, it had “reinstated underlying connectivity to the majority of the remaining” systems. Nevertheless, users may still be experiencing issues as services and servers are relaunched.

Amazon’s AWS Logs Third Outage This Month, Affecting So Many

At 7:22 PM ET, just over twelve hours after the problem began, Amazon marked the issue resolved. However, that restoration didn’t necessarily fix everything for all of the servers affected. The final AWS status page update explains Amazon’s issues:

In the incident update at the top of the outage, Slack claimed that its services were “experiencing issues with file uploads, message editing, and other services.”

Of the affected services, it appears that they are largely back online, even as Amazon’s restoration continues. A Slack page tracking the connection issues marked the problem resolved around 3:13 PM ET.

It’s the third time in as many weeks that problems with AWS have had any significant effect on online services. The two incidents earlier this month involving AWS ended up knocking out a huge array of platforms and products.

With taking out streaming sites like Netflix and Disney Plus, as well as smart home devices like security cameras from Ring and Wyze.