Surprise: Amazon is said to have added four new smart switches. A new line of Amazon Basics Smart Switches has landed on Amazon.com, this brings the Amazon-branded smart home gadgets to count up to seven, including their new smart thermostat and smart indoor air quality monitor. 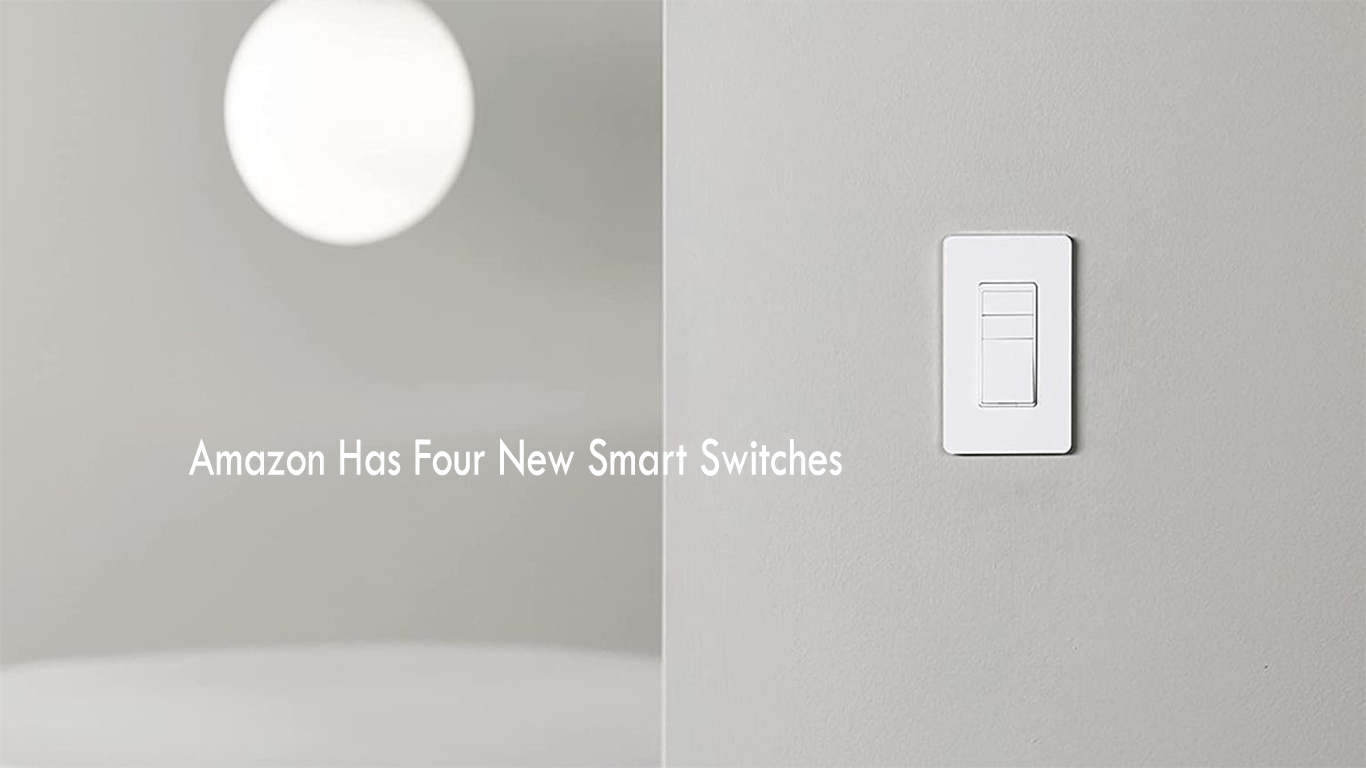 That’s a big leap from the one, lonely Amazon smart plug that the company had left after they discontinued their indoor smart security camera last year.

The smart switch turns the existing hardwired lighting into smart lighting, with app and voice control added. This is a good alternative to smart bulbs when you want to automate lighting in a room with lots of lightbulbs or decorative fixtures.

According to the verge, one good thing about Amazon’s own smart home devices is that they work with Amazon’s Frustration-Free Setup and Certified for Humans programs, which should make it simple to set up, especially if you already have an Echo smart speaker in your home.

The disadvantage is that these switches will not work with any other smart home system or voice assistant; they are only compatible with Alexa.

You need to also install them. These smart switches need to be hardwired into your home’s wiring and also require a neutral wire. If you have an older home with no neutral, then Lutron Caseta or GE Lighting Cync’s neutral-wire free options will be a better choice.

But with the right wiring, these are good value for smart switches, prices for which generally range from around $25 to upwards of $60.

The new Amazon switch requires no smart home hub to connect to the internet for automation and will also work with Alexa for voice and app control.

Once they are installed, they can be used as a traditional light switch, with the added smarts that come from being able to ask the voice assistant to turn them on and off with an Echo speaker.

You can as well add them into Alexa Routines in the Alexa app, and create schedules for them. The two switches with dimming capability can also be used to adjust the brightness with voice or app control.

So is the theme with Amazon Basics devices, these are simply designed. The single-pole switches look just like a regular paddle switch and have a small status light LED at the bottom.

The dimmer options have a plus or minus button that is above the paddle to adjust the brightness and a row of green LEDs up top for a visual indicator of brightness level.

Amazon Will Not Support Other Voice Assistants

It’s a surprise, however, to see Amazon stating on the product page that these smart switches are for exclusive use with Alexa and will not support other voice assistants or smart hubs, especially considering the company recently reaffirmed its support of Matter, the open smart home standard coming in 2022.