Foldable phones have come a long way in the few years they’ve been around, with the Samsung Galaxy Z Fold 3 being a truly great handset. 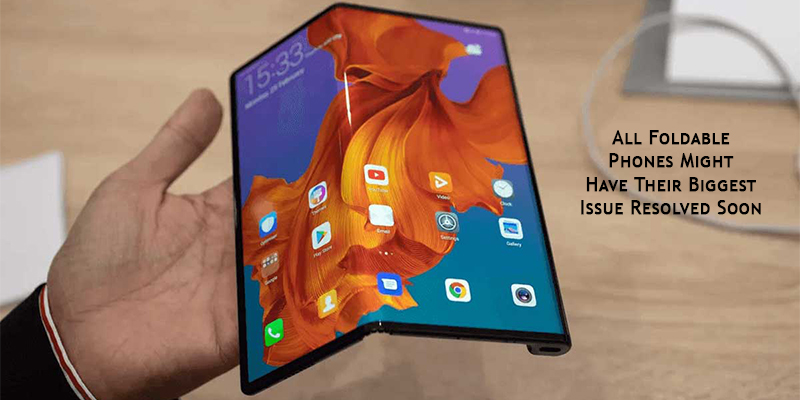 When foldable phones first appeared on the scene, their high prices and occasional durability issues meant they were an expensive luxury for the few but several years down the line, they were now considered as some of the best phones currently available.

But they still face two significant issues: price, and the dreaded crease, the latter of which may soon be solved.

LG Chem has unveiled a ‘Real Folding Window’ material which is designed for foldable screens. This would sit on top of the pixels, in much the same way as Samsung’s Ultra-Thin Glass (UTG) does on its current foldable. but the thing is that, were they able to convince people.

All Foldable Phones Might Have Their Biggest Issue Resolved Soon

So, the question is can they really resolve the biggest issue that foldable phones might have, hmmm I wonder? While folding phones are generating major buzz and being heralded as the future of smartphone design, they have a few obstacles to jump before they’re truly ready for prime time.

Sky-high prices and technical growing pains are not unusual for new directions in tech, and most early adopters understand that. But the evidence that foldable smartphones have a major durability problem is rapidly mounting. To make matters worse, folding phones are proving extremely difficult and expensive to fix.

Android has built-in ‘Screen Continuity’ support, and so developers won’t have to go through an awful lot of trouble to optimize their apps for foldable displays. Simply put, it’s the feature by which an app could smoothly and seamlessly transform to and fro the different screen sizes.

Google is already encouraging developers to add Screen Continuity, Multi-resume, and Multi-display support to their apps to make the transition to foldable phones smooth. Below are the main issues people want to be solved before they can comfortably use foldable phones;

With the listed problems solved, I guess foldable will be able to flood and even overtake the mobile market, but I guess it won’t be easy right. You can get more details by simply clicking here.