Do you know the exact day of Easter Sunday in 2020? Easter Sunday is one of the most festive events among Christians worldwide. It commemorates Jesus Christ’s resurrection from death, as written in the Christian Bible. Easter Sunday is not a public holiday. In 2020, it fell on the 12th of April. This year Easter Sunday falls on the 4th of April, 2021 and most businesses follow regular Sunday opening hours in Nigeria. The Easter holidays usually brew excitement. And this is due to the anticipation of children desperate for time off school and workers taking advantage of the longest weekend in the year. 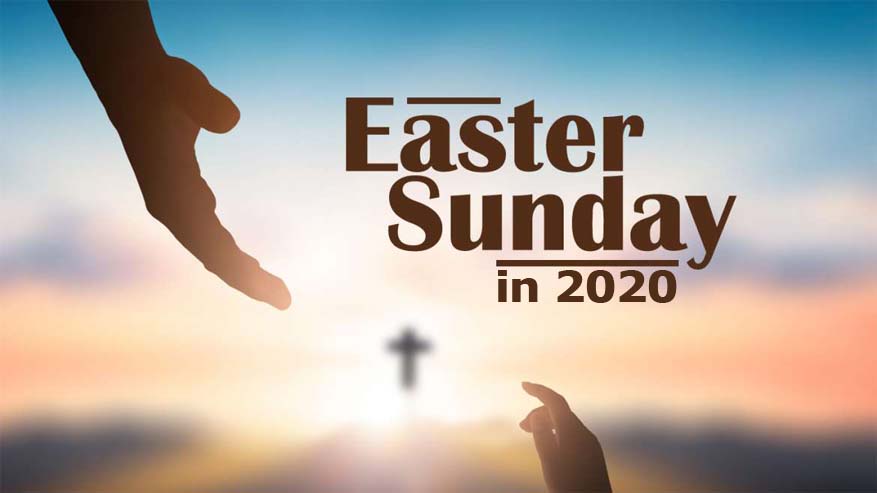 The religious weekend sees observers mark the death and resurrection of Jesus Christ over Good Friday, Easter Sunday, and Easter Monday. The Easter holiday follows Lent, beginning on Ash Wednesday. This is a 40-day period of reflection, repentance, and abstinence. The dates of Easter change from year to year as it always falls on the first Sunday. This is after the first full moon which follows the Spring equinox in March. The March (or Spring) equinox is the moment the Sun crosses the celestial equator. From south to north and falls on the 19th, 20th, or 21st of March in each year.

Why Easter Date Changes Each Year

The predominant reason why Easter falls on a different date each year is because we now use the solar, Gregorian calendar rather than a lunar one. This means the full moon occurs on different dates each year, and therefore so does Easter.

The Easter holiday is based on a combination of the seven-day week. And the cycle of the phases of the Moon. The March equinox is the date when the sun crosses from the southern hemisphere of the sky. And to the northern hemisphere marking the beginning of spring.

The day and night of the equinox are of approximately equal length. As neither the calendar year (365 days) nor the cycle of the phases of the Moon (29.5 days) divide evenly by the seven-day week. The date of Easter Sunday could move irregularly by up to a month, from between late March and late April.

It should be noted that the reason why different churches celebrate Easter on different days is down to using different calendars. Eastern Churches (Greek and Slavic) and Oriental Churches (Syrian, Armenian, Coptic Egyptian, and Ethiopian) continued using the Julian calendar. Named after Julius Caesar, even after Europe adopted the Gregorian calendar in the year, 1582.

In Christian countries where Christianity is a state religion. Or where the country has a large Christian population, the Easter holiday is often a public holiday. As Easter always falls on a Sunday, many countries in the world also have Easter Monday as a public holiday. Some retail stores, shopping malls, and restaurants are closed on Easter Sunday.

Good Friday, which occurs two days before Easter Sunday. This is also declared as a public holiday in many countries, as well as in 12 states in the United States of America. Even in states where Good Friday is not a holiday. Many financial institutions, stock markets, and public schools are closed. The few banks that are normally open on regular Sundays are closed on Easter.