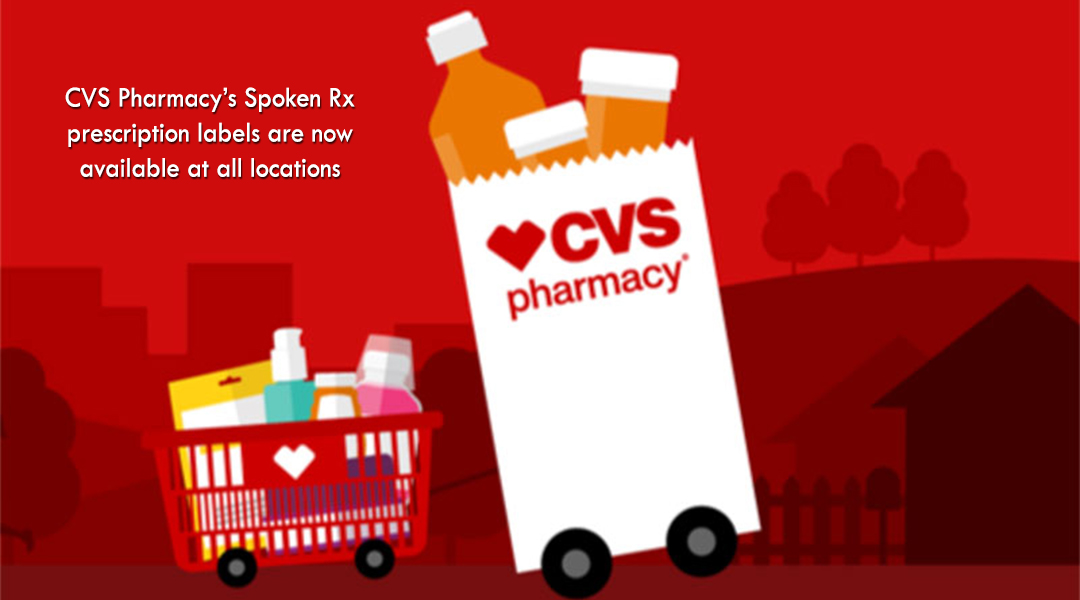 According to the verge, the feature, developed as part of a collaboration with the American Council of the Blind, and is part of the CVS Pharmacy mobile app and can read prescription information like dosage and directions aloud in English or Spanish.

To use the spoken labels, CVS Pharmacy patients register for a CVS account, download the smartphone app, and enroll in Spoken Rx. The patient’s future prescription labels will then be tagged with an RFID label. The enrollment process can be done over the phone or in-person at a CVS pharmacy.

Matt Blanchette, manager of retail communications for CVS Pharmacy said for those who don’t have a smartphone, CVS can provide a separate, standalone speaker device on request, at no cost to the patient.

The Spoken Rx app only reads prescription labels from CVS Pharmacy, and Blanchette said there are no plans to expand the feature to include labels from other pharmacies.

Eric Bridges, executive director of the American Council of the Blind, called the feature a positive step. “Spoken Rx allows for a greater level of privacy, safety, and independence for blind and visually impaired customers,” Bridges said in a statement.

And while shoppers might think of CVS as a place to pick up toothpaste, Band-Aids, or lipstick, it is also the country’s biggest operator of health clinics, the largest dispenser of prescription drugs, and the second-largest pharmacy-benefits manager.

What makes CVS differentiate itself from other drugstore chain companies is that it knows to focus not only on retail but on other areas of healthcare. The most triggering event that should be mentioned is that it became the first major pharmacy chain to stop selling tobacco and cigarettes in 2014.