So today we’ll be looking at the best 30 games on Nintendo Switch. Nintendo has long been known for innovation, and the company’s newest achievement is the Nintendo Switch. The console is home to some of the best first-party titles and third-party releases to have graced a newer platform in some time. 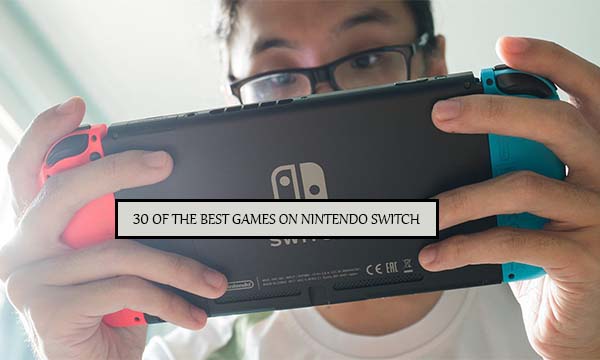 Picking from this list of the best Nintendo Switch games may be tough, but whichever option you select, you cannot get it wrong, just be guaranteed to have a good time playing it.

30 Of the Best Games on Nintendo Switch

There’s also more to the best Nintendo Switch games other than just Animal Crossing, of course. Everybody with a Switch knows about Breath of the Wild and Super Mario Odyssey, but there are many great games for the system beyond Nintendo’s core classics.

With success comes support, and the Switch has consistently seen far more support from other companies than the Wii U ever saw after its launch. The Switch’s digital eShop is full of games that you can download, and the Switch racks at most retailers easily outnumber the Wii U’s at its peak.

If you need help cutting through the clutter, let us point you towards the best of the best. Here are the 30 games you most need to play for the Nintendo Switch.

The fact is that if you’re a Nintendo fan already, the Switch is an absolute must-buy, without question. If you’re a casual gamer, the Switch would likely be a good investment because you can use it for both your home console and handheld console needs without buying two separate devices.

Nintendo Switch is definitely a viable option for a gaming system in 2021. I have done my best to demonstrate how the low price tag, good battery life, ease of portability, wide game selection, which includes something for all ages, and its non-gaming versatility make the Switch a serious competitor.

Below are some of the best Nintendo Switch games you can find this 2021;

There are many best Nintendo Switch games that will blow you away, some of which you can find from this link.